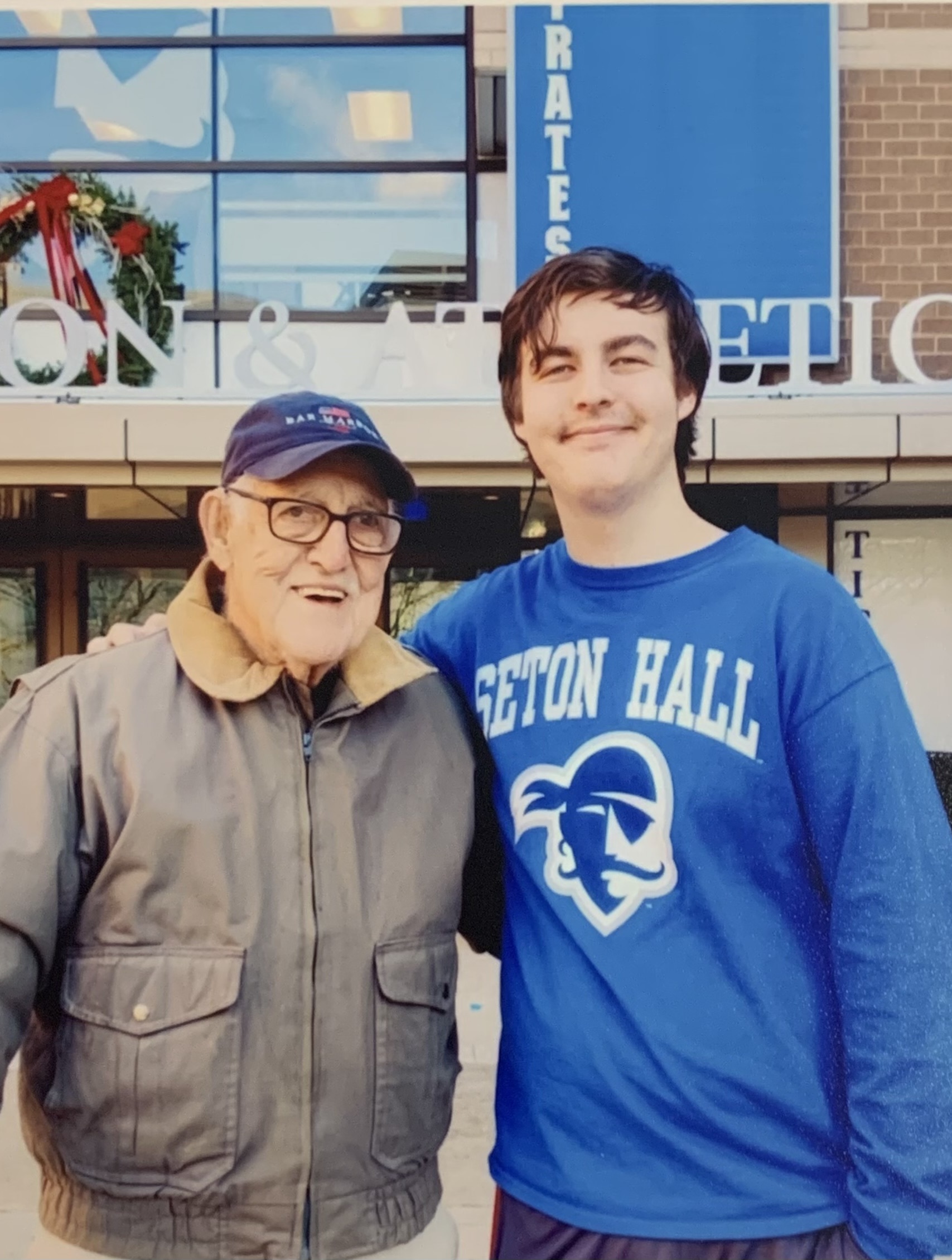 Relatives and friends are invited to attend the Funeral Mass at Our Lady of Sorrows Church, 217 Prospect St, South Orange, on Wed, March 23 at 10:00 AM. Interment at St. Teresa Cemetery, 136 Passaic Ave, Summit. Visitation will be held at Preston Funeral Home, 153 South Orange Ave, South Orange on Tues March 22, from 2:00-4:00 & 7:00-9:00 PM. In lieu of flowers donations to Alzheimer’s Foundation of America, 322 8th Avenue, 16th Floor, New York, NY 10001 would be greatly appreciated. For more information or to send condolences please visit prestonfuneralhome.net

Joseph was born on January 20, 1930 in Union, NJ to Domenick Smargiassi and Filomena (nee Scafetta). Husband of the late Patricia (nee Trumbull). Brother of the late Nicholas, Theodore, Thomas, Anna, Phyllis and Mary. He is survived by his brother Michael and his wife Jackie. Father of the late Gary Smargiassi. Father of Robert Smargiassi and his fiancé Judith Cassese along with Jeffrey Smargiassi and his wife Kathleen. Grandfather to Makena, Joelle, Anthony and Christopher. He was Uncle Joe to many dear nieces and nephews. He will be forever missed by Mario Luciani, his best friend of 45+ years.

Joseph proudly served his country as a member of the US Army in the Korean War. He had owned his own Landscaping Business for over 40 years, later joining the South Orange Public Works Dept. for 15 years until he retired in 2004.

He loved his family, and especially adored his grandchildren. He was a lifelong fan of the New York Yankees and enjoyed watching Seton Hall basketball, bowling & golf. Horse racing was a passion of his and he enjoyed many summertime trips to Saratoga Race Course. Whether in South Orange or at his home in Toms River you could always find him tending to his garden, especially his tomato plants. Some of his fondest memories were made in Upstate New York deer hunting with his buddies on their property, affectionately known as LaLa Land. There's a big buck up in heaven just waiting for him. The last two weeks in August were always a special time spending many of them in Lavallette crabbing and sharing good times with family & friends.