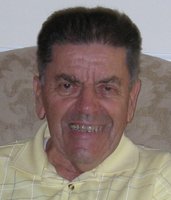 Paul William Steeb, 89, passed away peacefully on May 7, 2020 at Christian Health Care Center in Wyckoff, NJ.

Known as “Willy” by his family and friends, he was born and raised in Maplewood, NJ.  Willy graduated from Columbia High School in 1948, and later went on to serve in the U.S. Navy during the Korean War.  After his service in the military, Willy began his career in law enforcement by working as a New Jersey State Trooper from 1956 to 1962.  He later joined the Maplewood Township Police Department where he served for 31 years, retiring at the rank of Captain.

He and his wife Marie lived most of their married life in Maplewood until they retired to Carolina Shores, NC, where Willy enjoyed playing golf and volunteering at the local hospital. They were married for 42 years until she predeceased him in 2008.  He later returned to New Jersey and resided at Christian Health Care Center in Wyckoff.

Willy will be remembered for protecting and serving his community, his quick wit and sense of humor, his love of fishing, golf, reading, playing the guitar, and spending time with his family.

Willy is survived by his twin sister Catherine Wilma Vorisek, and was the beloved father of daughters Jennifer Steeb and Joanne Kolb, her husband Todd, and loving “Pop-Pop” to Evan and Leanna.

Donations made in his memory to the Christian Health Care Foundation would be gratefully appreciated.  https://christianhealthcare.org/donate/