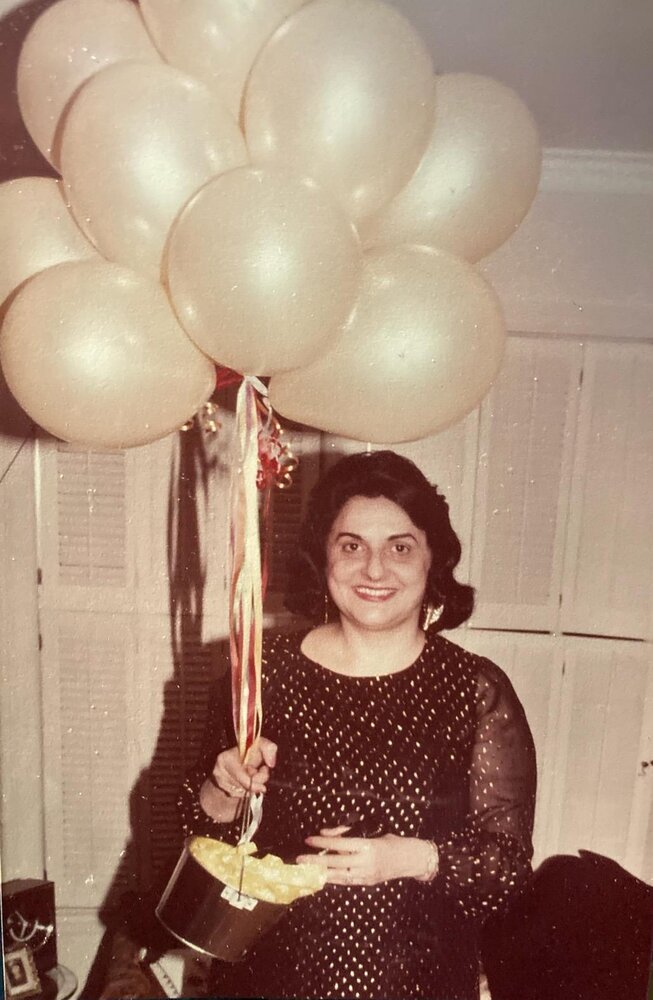 Please share a memory of Corinne to include in a keepsake book for family and friends.
View Tribute Book

Beloved community member, seamstress and raconteur Corinne Pappas Maskaleris died   peacefully at home in Short Hills on February 2 surrounded by loving family after battling complications from COVID-19. She was 89. Her death comes less than 8 weeks after the passing of her husband, Stephen N. Maskaleris.

As a first-generation American, Mrs. Maskaleris grew up in South Orange and graduated from Columbia High School. She worked her way through Kean University, then known as Newark State Teachers College, and graduated in 1953. While enrolled, Mrs. Maskaleris married her childhood friend and soulmate, Stephen, who shared nearly 68 years of marriage together. She taught elementary education at Oliver Street School in Newark before having two daughters whom she adored. The love for her family extended to her neighborhood and community that relied on Mrs. Maskaleris for her generous support, which she gave out of genuine care, never obligation.

After unexpectedly losing her mother as a young girl, Mrs. Maskaleris deepened her connections with family, friends and neighbors. She joined the Girl Scouts as a child and remained a member for her entire life. In the ’60s and ’70s, Mrs. Maskaleris served as District Chairman for the Girl Scouts of Millburn and Short Hills. She was also an active volunteer for New Eyes of Short Hills during the ’90s and early 2000s, and ultimately oversaw its resale shop. She built meaningful, lifelong friendships through these organizations.

Mrs. Maskaleris delighted in the traditions of other cultures, as well as movies, art, food and fashion. She spoke Greek, French, Spanish, some Russian and Chinese, and adorned her home in talisman from the countless places she traveled. Mrs. Maskaleris designed and sewed intricate garments, from suits to pajamas to evening gowns, often without the need of a pattern. She composed many humorous songs at the piano and sang beautifully. A spirited hostess and life of the party, she entertained graciously at home and cooked extravagant meals. Her laugh was ebullient as she told stories. Many remember her by the elaborate Christmas card she assiduously produced: a handmade photo album and story celebrating the year’s events.

As a couple, the Maskalerises traveled extensively through Asia, Europe, Australia and the United States. One of her favorite memories was a family trip to Greece, where she showed her young grandchildren the church where her father was born in near Sparta.

Constantine Papadimitriou, Mrs. Maskaleris’s father, was the youngest child of 17 children, and her mother, Christine Paraskevopoulos, was the penultimate child of 13. Mrs. Maskaleris was fascinated by genealogy and spent decades uncovering information about the members of her extended family in Greece and America. She compiled an extensive tree and wrote lengthy stories of her family’s history, including a harrowing story of having to flee their village on foot during the German invasion of Greece in 1941.

In a handwritten story of her life, she writes, “the grandchildren are our future and we hope they will enjoy the good life we’ve enjoyed. Life is not always easy or fair, but we must make the best of what we’re dealt. Attitude is everything.”

Those wishing to honor Mrs. Maskaleris may make contributions to The Ila Foundation, a non-profit corporation formed by her husband and chaired by her granddaughter that invests in the community that the Maskalerises cherished. Donations can be sent to the Ila Foundation at P.O. Box 92, Millburn, NJ 07041. Her family will hold a private service honoring her extraordinary life.

To plant a beautiful memorial tree in memory of Corinne Maskaleris, please visit our Tree Store

Funeral will be Private

Share Your Memory of
Corinne
Upload Your Memory View All Memories
Be the first to upload a memory!
Share A Memory
Plant a Tree