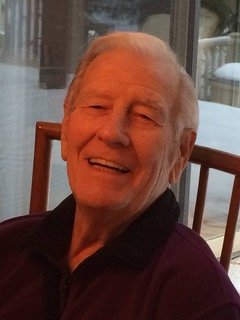 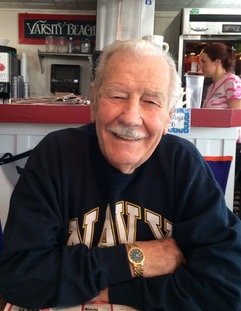 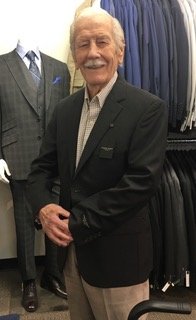 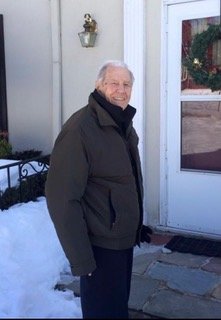 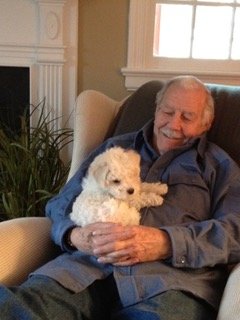 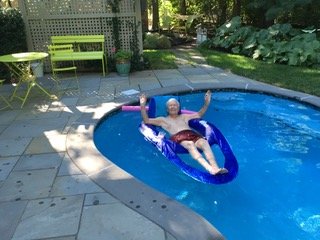 For Russell’s family and friends you will be able to view the service online on Thursday, January 7th starting at 10:30 AM via livestream please click on link below:

Visitation will be held at The Jacob A. Holle Funeral Home 2122 Millburn Ave, Maplewood on Wed, Jan 6th from 4:00 – 7:00 PM. The funeral service will be held on Thursday, Jan 7th. Due to Covid restrictions the service will be private but will be live streamed. For more information please visit jacobhollefuneralhome.com. In lieu of flowers donations to Wounded Warrior Project, PO Box 758516, Topeka, Kansas 66675-8516 would be appreciated.

Russell was born on January 28, 1923 to Russell Randolph Smith and Alice Lorenser in Newark, NJ.   After graduating from West Orange High School in 1940 Russell began working for Western Electric.

As the United States entered World War II, Russell left his job and enlisted in the United States Navy.  He served in the Headquarters Company of the 107th Seabees and did CB training at Camp Peary shorty after it was first commissioned in Virginia. Russell served in the Pacific Theatre of Operations throughout the war participating in numerous engagements as a Seabee.  He served on Ebyee (eee-bee), the largest island of the Kwajalein Atoll in the Marshall Island Group at a former Japanese sea plane base.  This base was taken over by the Americans after some very intense fighting where his unit fought alongside units of the 2nd Marines.

He was injured by cutting his leg on coral and was hospitalized. He was offered a Purple Heart, but turned it down "because his injury wasn't directly a result of combat and only those who suffered combat injuries deserved the medal" (his words).

Near the end of the war, Russell found himself on the island of Tinian protecting the airfield where the Enola Gay left on the historic mission over Hiroshima.

Following the war, as Russell re-entered civilian life, he returned to Western Electric (AT&T). He had a  long, successful career with AT&T retiring after 47 years of service.  During this time, Western Electric sent him to MIT for courses in engineering and he was later sent to Princeton University for business training. Most of his career was in the Operations Systems Technical Center (OSTC). Two highlights that particularly gave him pride were his support of the Air Force as a civilian liaison working with Distant Early Warning Systems (DEWs), and his support of NASA during the Mercury and early Gemini space programs.

Early in his tenure at Western Electric Russell met the love of his life, his “Cookie”, Lois Jane Boehm.  Russell and Lois wed in 1948, ultimately blessed with three children, Russell, Susan and Nancy. Lois and Russell remained happily married until her death in 2007.

As a younger man, one would often find Russ building something (a room, a patio) or tinkering with something (a television set, a radio).  This was his relaxation.  Throughout his life, Russell provided assistance around his beloved neighborhood where he was often called upon to help with many home owner projects.  Whether it was an electrical problem, plumbing question, painting or roofing, Russell was always there to assist a neighbor.  In his later years he became somewhat of the neighborhood grandpa.

Russell was a force of nature, determined to provide for his family and give them the life he felt they deserved. His family meant more to him than anything else in the world, something he often mentioned. He was unendingly proud of his children and is survived by all three:  Russell R. Smith III (Carole Barry), of Corning, CA, Susan J. Strong-Ribnik (Ronald Ribnik) of Morristown, NJ, and Nancy L. Dahmer (Linda Coiro) also of Morristown NJ. He always did his best to support them.

Russ was predeceased in death by his wife Lois, his brothers Elwood, George, and Wilfred (Bill), and his sister Nancy Di Miceli.  In addition to his children, he is survived by his sister, Jean Harris of Livingston, sister-in-law Barbara Catalano (Carmine) of Succasunna, grand daughter Emily Ribnik (Shon Edminson) of Hartville, Ohio and numerous nieces and nephews, all of whom he loved dearly.

To send flowers to the family or plant a tree in memory of Russell Smith Jr., please visit Tribute Store
Wednesday
6
January

Share Your Memory of
Russell
Upload Your Memory View All Memories
Be the first to upload a memory!
Share A Memory
Send Flowers