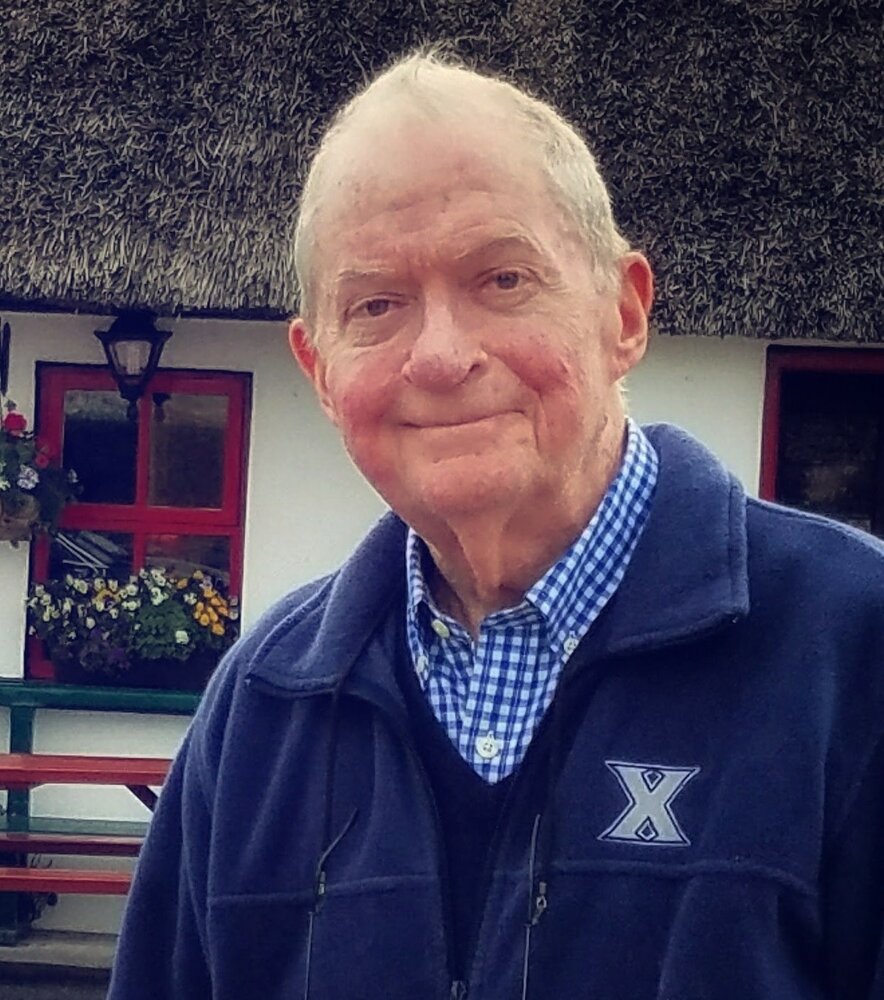 For loved Jack’s loved ones who are unable to attend his Funeral Mass in person the Mass will be lived streamed starting at 10:00 AM on December 13th.

Relatives and friends are invited to attend the Memorial Mass at Our Lady Of Sorrows Church, 217 Prospect St., South Orange on Monday, Dec 13th  at 10:00 AM. Private interment will follow later.

In lieu of flowers please consider a donation to The Community Foodbank of New Jersey (https://cfbnj.org/) or the General Scholarship fund at St. John’s University (https://www.stjohns.edu/) in Jack’s name.

Jack was born in Philadelphia, PA to Margaret and John McConville on October 22, 1936. After his brother Joe was born, the family moved to Bay Ridge, Brooklyn (NY) in 1942.  There Jack attended Our Lady of Angels Parochial School, played baseball, delivered newspapers and went to the movies every Saturday afternoon.  He graduated from LaSalle Academy in Manhattan in 1954, then went on to earn a BA (1958) and an MBA (1966) from St. John’s University in Queens, NY.

While attending St. John’s, Jack worked as a part-time relief clerk on the floor of the NYSE. Post graduation he worked as a trader and an arbitrageur then, wth his MBA in hand, he became a securities analyst, covering industries from transportation to media for the remaining decades of his career. Jack was one of the first people to earn his CFA (Chartered Financial Analyst). He’s a charter member of the CFA organization.

In 1952, during a high school production of The Mikado, Jack met Barbara Maher.  Their lively friendship turned into romance which became a marriage in 1960.  They began their life together in Bay Ridge, then moved to South Orange in 1970 where they raised their seven children.  Jack was an active parishioner of Our Lady Of Sorrows, served as a Little League coach and Boy Scout leader and still managed to attend every NY Football Giants game for 20 plus years.

Once the nest emptied, they downsized to Basking Ridge for several years, then found a lively community in Port Liberte (Jersey City) in 1997.  They relocated once more to Galloway in 2017.

Jack will be missed by all who knew and loved him.