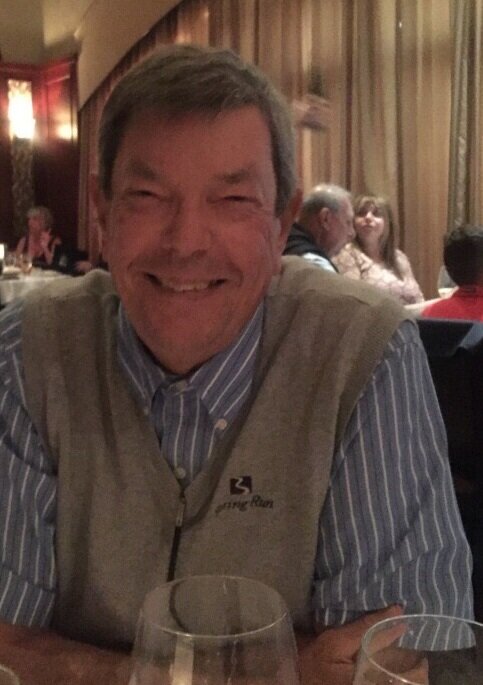 Please share a memory of Francis " Frank" to include in a keepsake book for family and friends.
View Tribute Book

For loved Frank’s loved ones who are unable to attend his Funeral Mass in person the Mass will be live streamed on Tuesday, Dec 21st  starting at 11:15 AM please click on the link

Francis Henry Alexander, Jr passed away peacefully on December 11, 2021. Frank was born in Ozone Park, NY on May 4, 1943 to Francis Sr. and Gladys Alexander. He graduated from Seton Hall University (class of 1966) and immediately landed a job at Prudential and stayed there until retirement as Asst. Comptroller after 30 years of service. He then started his own Personal Computing Company called “Put the world at your fingertips”.

While playing guitar in his band The Ale Men at Dudley’s in Orange, NJ - Frank found and married the love of his life - Susanne Hughes and they had 2 wonderful children in Frank and Timothy. The family grew up in South Orange and summered in North Beach LBI or at Rock Spring. Frank and Susanne eventually moved to Short Hills before settling down in Spring Lake, NJ and Bonita Springs, FL.

Frank had so many passions including Golf, Computers, Lionel Trains, Landscaping Design, Sneak box (Sailboat) restoration, sailing, and Seton Hall Basketball. He was an extremely charitable person. He was very involved in The Knights of Columbus where he earned the rank of Grand Knight in Short Hills. He was active in Habitat for Humanity, various Soup Kitchens, and served on multiple Essex County Commissions as well as a Eucharistic minister, lector and daily communicant.

Frank stayed involved with Seton Hall via PRU/SHU and Pirate Blue and volunteered on the Presidents Council. He was a longtime member of Rock Spring Country Club in West Orange since 1974 where he learned his love of golf. Above all that, Frank was a devoted family man who loved his wife, children and grandchildren. Frank is preceded in death by his parents and 2 sisters Marguerite and Capt. Eleanor Alexander. Frank is survived by his beloved wife Susanne, children Francis III (Susan), Timothy, Grandchildren Alexis & Francis IV.  He also is survived by Brian Hughes, Maureen Hughes, Laura Moran (Dan) and Josh Simpson.

The family will be receiving friends at St. Rose of Lima Church, 50 Short Hills Ave, Short Hills on Tuesday, Dec 21st from 10:00 – 11:00 AM followed by a Funeral Mass at 11:15 AM. Interment to follow at St. Teresa’s Cemetery in Summit. In Lieu of flowers we ask that donations be made to either the American Diabetes Research Center www.diabetes.org/research/research-foundation or  Johnny’s Jog

For more information or to send condolences please visit jacobhollefunralhome.com

Share Your Memory of
Francis " Frank"
Upload Your Memory View All Memories
Be the first to upload a memory!
Share A Memory