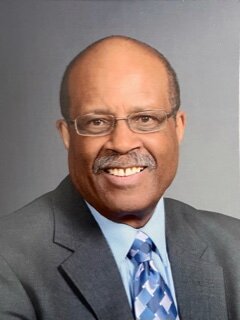 Please share a memory of Richard to include in a keepsake book for family and friends.
View Tribute Book

Richard Warren Ross, 73, of Maplewood, New Jersey passed away peacefully on March 7, 2022 at Newark Beth Israel Medical Center in New Jersey. Richard was born in Detroit, Michigan and lived in Maplewood for the past 37 years. He was predeceased by his parents, Major Moton Ross and Florence Marion Powell Ross.

Richard was a career computer and technology specialist.  He coached Pop-Warner football when he resided in Hampton, Virginia. A loving family man, Richard attended every single sporting event or activity in which his children were involved. He enjoyed reading, entrepreneurial endeavors, sports, traveling, a cold beer and spending time with loved ones.

Richard was a long time member of Faith Lutheran Church, actively involved in several outreach ministries, and he served on the Finance Committee as Assistant Treasurer for the past few years. Richard retired from Express Scripts (previously Medco) in Franklin Lakes, New Jersey after working there as an IT Manager for 15 years.

A Memorial Service will be held at Faith Lutheran Church in New Providence, New Jersey on March 26, 2022 at 11:00 a.m. (live stream available).