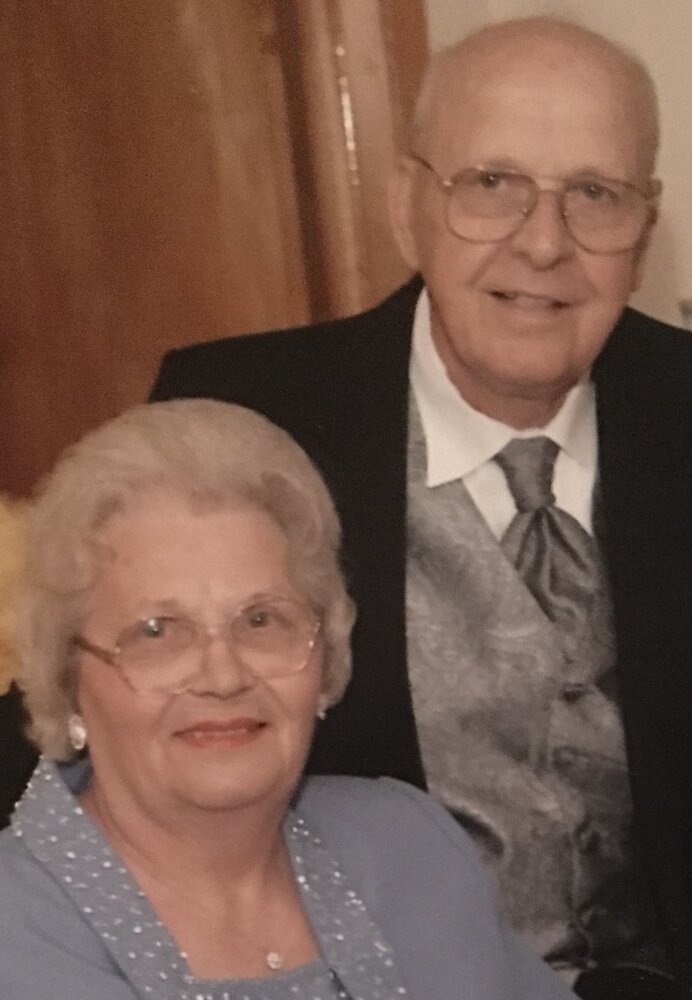 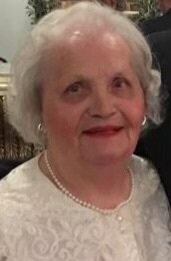 Please share a memory of Susan to include in a keepsake book for family and friends.
View Tribute Book

At the age of 92, Susan (Chanova) Pitulej entered eternal life on December 25th, 2022.  She was born in East Liverpool, Ohio, on May 17,1930 to Andrew and Anizia (Cimbalova) Chan.  From the age of 3 months until she was 17 in 1947, she was raised in Dubova, Czechoslovakia (now Slovakia) during the hardships of World War II.  She returned to America, along with her siblings, in 1947 to live with her father after their mother died suddenly with illness.  The family resided in Passaic, NJ, where Susan worked in the textile industry until she began a family in 1964 and became a happy Homemaker.

Susan married Walter (Vladimir) Pitulej in 1962, and they resided in Garfield, NJ until 2006.  Living on Market Street in Garfield, they raised their two children with an emphasis on strong work ethic and education.  They were devoted and faithful members of SS Peter & Paul Russian Orthodox Cathedral in Passaic, NJ where they were very active in the church groups including the PTA, supporting the youth groups, and the church’s Kitchen Gang that prepared meals for many of the church’s events.  Susan was the matriarch of the Pitulej family.  She enjoyed watching her children participate and excel in Garfield’s schools in academics, sporting events, and at concert and marching bands.  She was a wonderful cook and baker and truly enjoyed hosting large family gatherings, as well as tailgates for family, friends, and students while her 2 children attended college at West Point, NY and Pleasantville, NY.

In 2006, Susan and her husband moved to Reston, VA and finally Leesburg, VA to be near their children, and to help raise their beloved granddaughters, Sydney, a college senior, and Grace, a middle-schooler.  She was a dedicated daughter, sister, wife, mother, domestic engineer, taskmaster, churchgoer, and loving grandmother, having recently celebrated her 60th Wedding Anniversary on Thanksgiving Day of this year still around the table with her beloved family.

As the last surviving child of Andrew and Anizia Chan, she was predeceased by her parents and by her siblings: Helen (John) Lotzer, Mary (John) Kekelik, Anastasia Chan, John (Pauline) Chan, Anna Chan and Christina (Joseph) Grand. She is survived by her loving husband Walter, son Robert (Donna), daughter Debbie, granddaughters Sydney Pitulej and Grace Scaggs, and several loving nieces and nephews and their families.

Visitation will be held at Aloia Funeral Home, 180 Harrison Ave, Garfield on Friday, Dec 30th from 4-8PM, with a Parastas at 6:30 pm. Funeral service will be held at SS Peter & Paul Russian Orthodox Cathedral, 200 3rd St., Passaic on Saturday, Dec 31st at 10am. Interment SS Peter & Paul Cemetery, Saddle Brook. In lieu of flowers, donations can be made to SS Peter & Paul Russian Orthodox Cathedral’s kitchen renovation fund.  For more information or to make an online condolence, please visit aloiafuneral.com

Share Your Memory of
Susan
Upload Your Memory View All Memories
Be the first to upload a memory!
Share A Memory