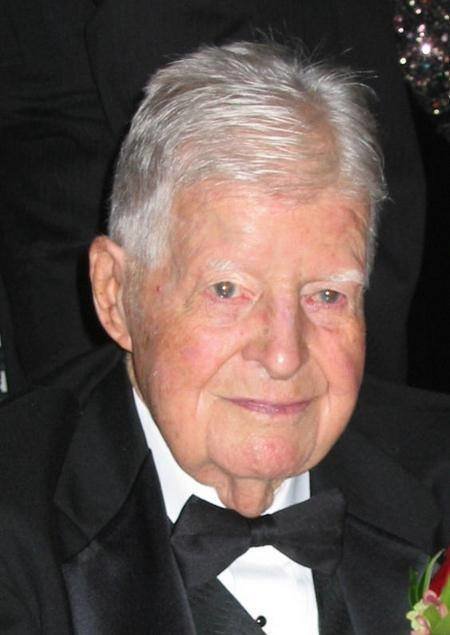 Obituary of James A. Kennedy Sr.

Please share a memory of James to include in a keepsake book for family and friends.
View Tribute Book
On Monday, January 30, 2006 James A. Kennedy Sr. of Maplewood formerly of Short Hills. Beloved husband of the late Dorothy Van Cleve Kennedy. Devoted father of James A. Jr. Robert F. Kennedy Ph.D. Loving grandfather of Brian Kennedy, Karen Coady, Kevin, Ian and Matthew Kennedy. Dear brother of Francis Kennedy. Relatives and friends are invited to attend the funeral from The Jacob A. Holle Funeral Home 2122 Millburn Ave, Maplewood on Fri, Feb 3rd at 9:00 AM thence to St. Rose of Lima Church, Short Hills, where a Funeral Mass will be offered at 10:00 AM. Interment Gate Of Heaven Cemetery, E. Hanover. Visiting hours Thursday, 2-5 & 7-9 PM. James A. Kennedy Sr., 98, of Maplewood died at his home on Monday. Services will be held on Thursday at Jacob A. Holle Funeral Home, 2122 Millburn Avenue in Maplewood, and Friday at St. Rose of Lima Catholic Church, 50 Short Hills Ave., in Short Hills. Mr. Kennedy was a regional sales manager with Hubbell, Inc., the leading electrical connector and industrial lighting manufacturer in the country, for 40 years before he retired in 1969. During World War II, he served on the U.S. War Production Board in Washington, D.C., as Chief of its Electrical Department, Distributors’ Branch. Later he served terms as president of the Metropolitan Electrical League of New Jersey and the New Jersey Council of Electrical Leagues. Born in Newark, Mr. Kennedy married Dorothy Van Cleve of Maplewood and together they lived in Short Hills for 60 years. Surviving are his sons, James A. of Bernardsville and Robert A. of State College, PA, and five grandchildren: Ian, Matthew, Brian, Karen and Kevin.
To plant a beautiful memorial tree in memory of James Kennedy Sr., please visit our Tree Store

Share Your Memory of
James
Upload Your Memory View All Memories
Be the first to upload a memory!
Share A Memory
Plant a Tree