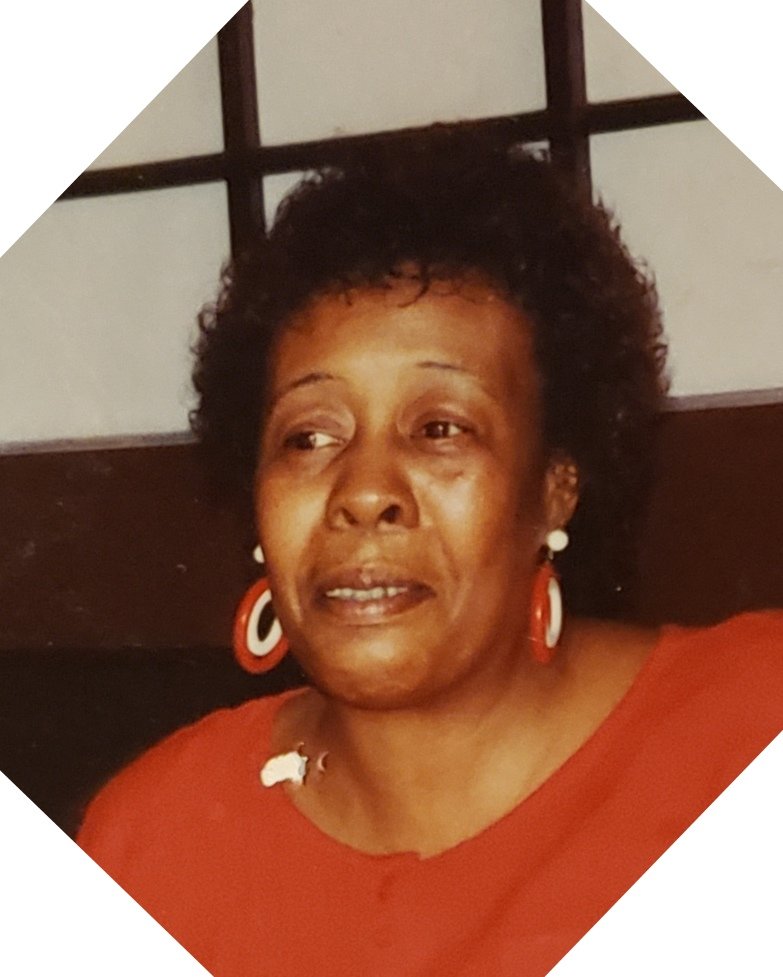 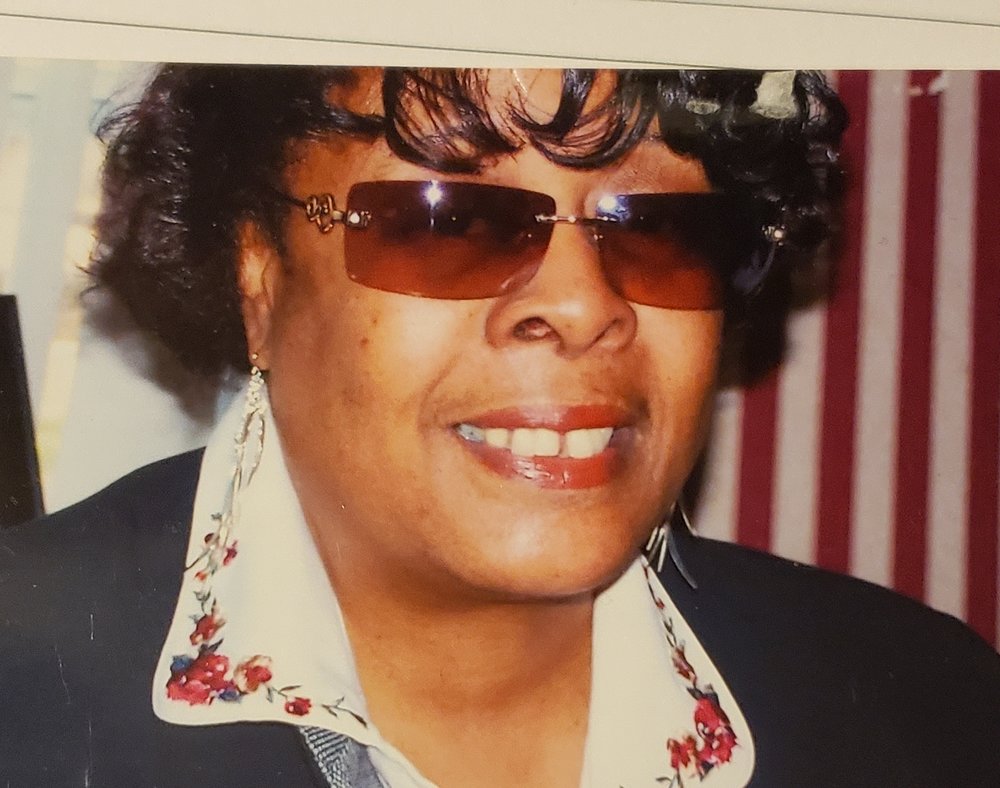 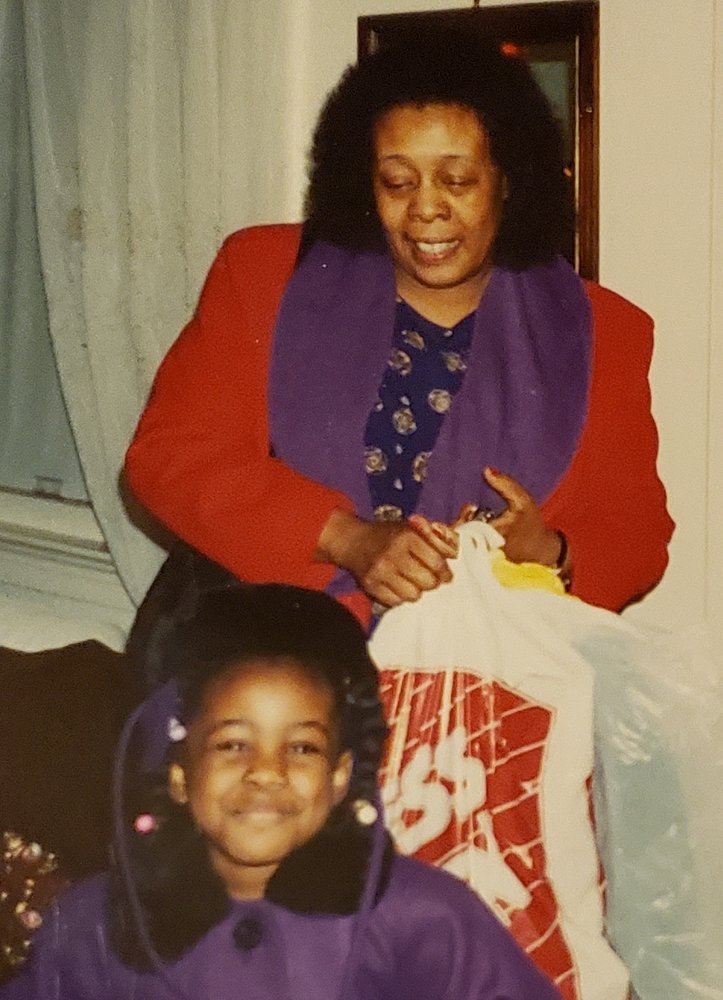 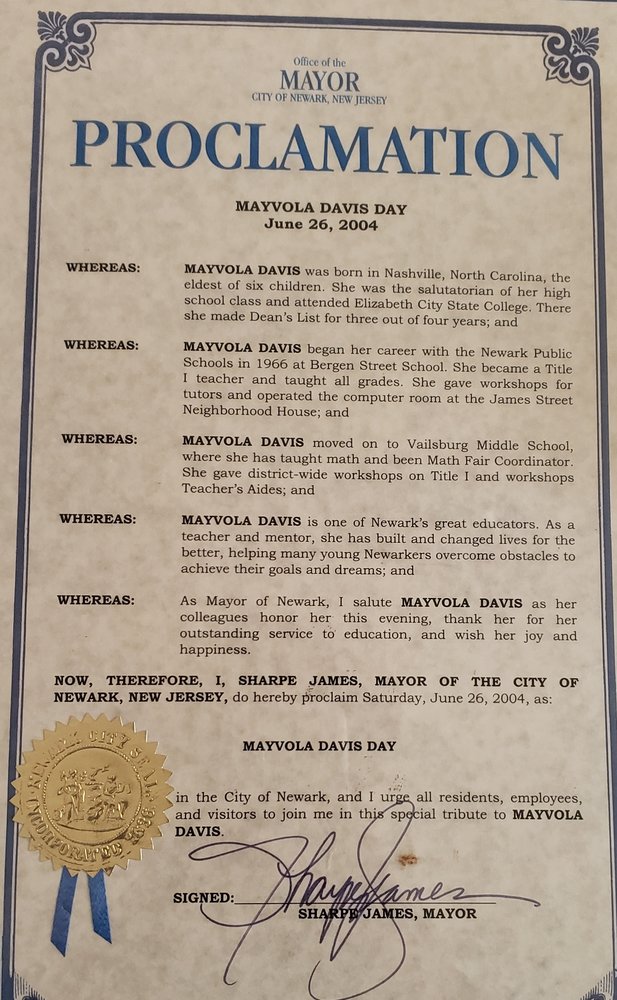 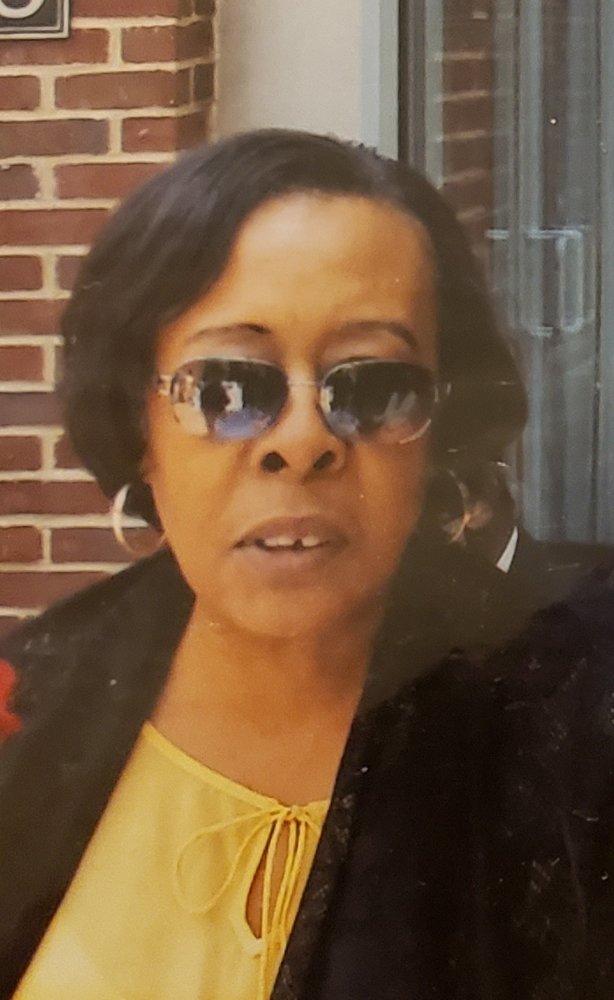 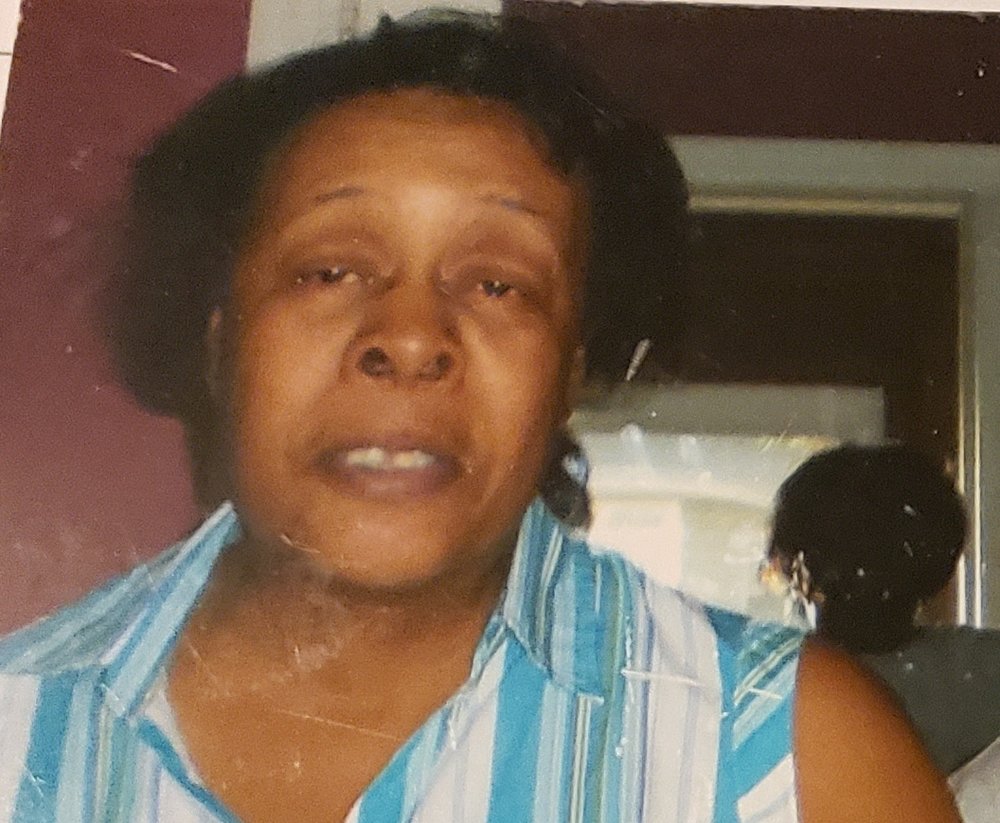 Mayvola Richardson Davis was born on August 16th, 1942 in Nashville, North Carolina to the late Harvey and Daisy Richardson. She was the eldest of six children, which helped aid in her guardian and motherly persona.
She was the Salutatorian of her Spaulding High School class and was a part of the basketball team. She attended Elizabeth City State College, where she got her Bachelor’s Degree in Education. She made the Dean’s List three out of the four years that she attended. She was invited into and was active in the Phi Delta Kappa sorority and was listed in “Who’s Who in American Universities”.
With her degree, she started her teaching career in the Newark Public School System in 1966 at Bergen Street School as their Kindergarten teacher. During her time at Bergen Street, she served as a Student Council advisor as well as the Star Makers Club. Mayvola also served as 1st and 2nd Grade Teacher during her time there. Ms. Davis then became a Title 1 teacher and taught all grades from K-8th Grade. She gave workshops for teachers and operated the computer room at the James Street Neighborhood House. She moved on to Vailsburg Middle School (now known as Ivy Hill), where she taught math and became the Math Fair Coordinator. She gave district-wide workshops on Title 1 as well as workshops on Teacher’s aids. After 38 years of being one of Newark’s great educators, Ms. Davis officially retired June 26, 2004. The City of Newark, NJ under the Mayor of that time, Mayor Sharpe James, officially declared June 26th, 2004 as “Mayvola Davis Day” in recognition of her achievements and contributions to the City of Newark and her citizens.
Ms. Davis joined the congregation of Bethel Presbyterian Church, located in East Orange, NJ on June 16th, 1985. During her time of service at Bethel Presbyterian, she was a devoted Sunday School teacher, and later became the Sunday School Superintendent until her health no longer permitted her to do so.
Beyond everything else, Mayvola was a phenomenal woman, mentor, comedian, and friend. She had a special relationship with her granddaughter, Meeko, whom she loved and raised. Her family adored her and called her by many names, May, Aunt O, and O’. just to name a few. She was an avid reader and an enthralling storyteller. She was a devoted mother, grandmother, sister, and aunt to many who loved her dearly. She didn’t make friends, she made family wherever she went, and she’ll be deeply missed.
Mayvola is preceded in death by her parents (Harvey and Daisy) and her daughter (Daedra Evadne). She is survived by her loving granddaughter Evadne Meeko, sisters Frances (Herman), Nadine (Thomas Wilkerson), Velma, Shelby (Thomas Farmer), George (Eula) and a host of relatives, loved ones, and dearest of friends.

To plant a tree in memory of Mayvola Davis, please visit Tribute Store
Friday
24
May

Share Your Memory of
Mayvola
Upload Your Memory View All Memories
Be the first to upload a memory!
Share A Memory
Plant a Tree