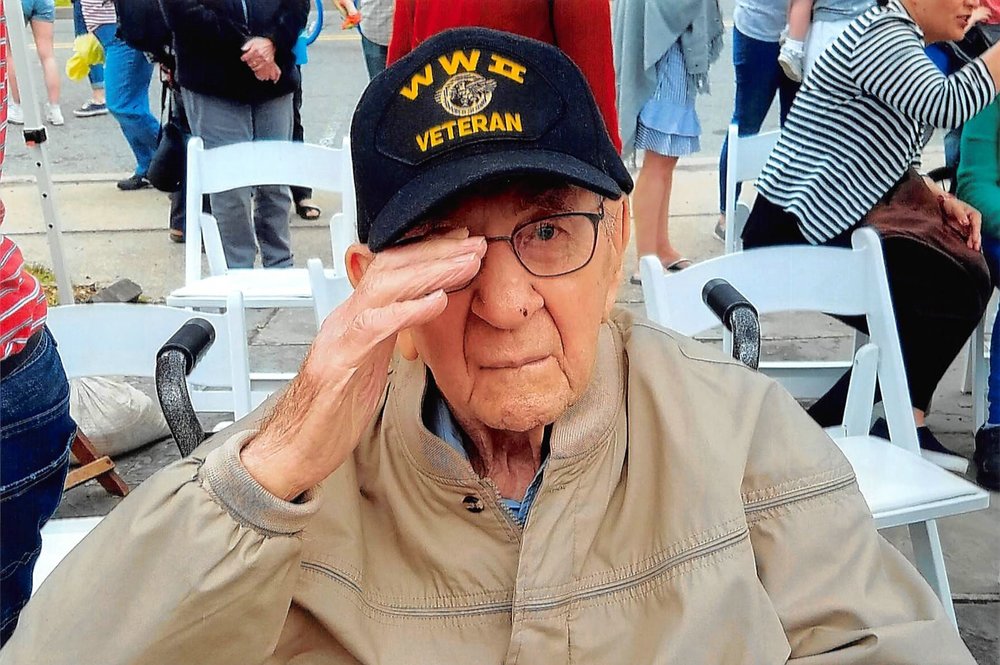 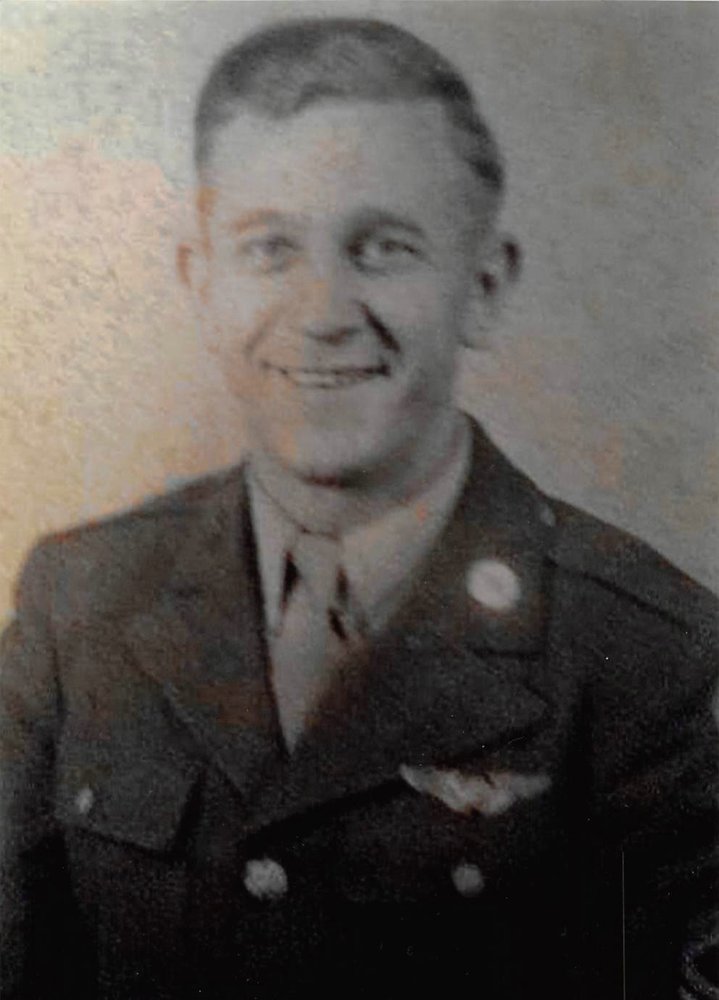 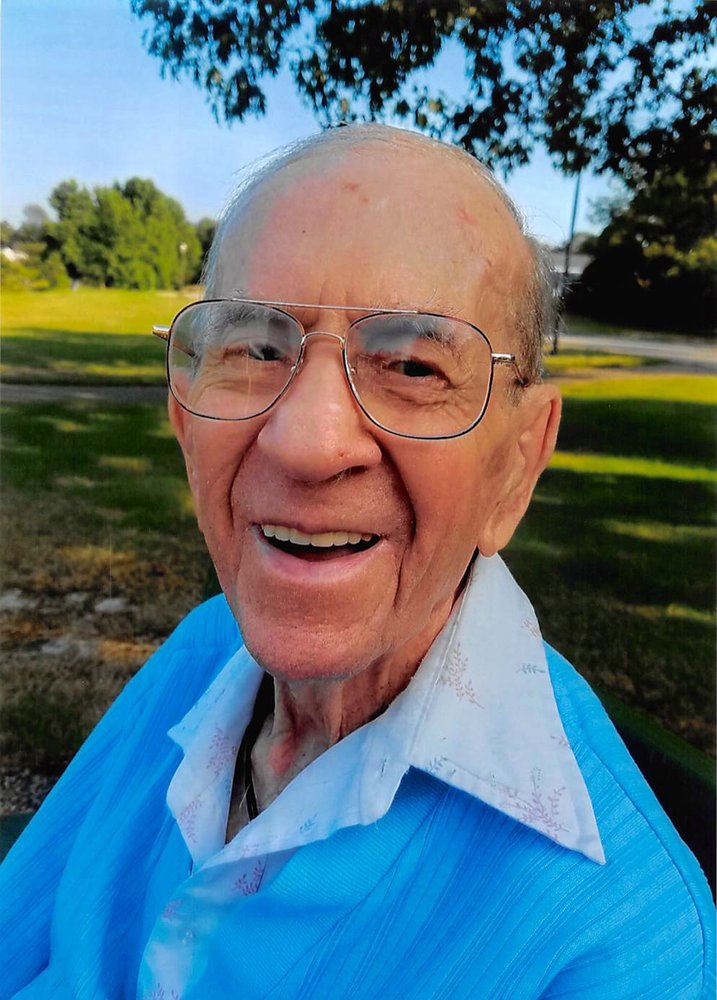 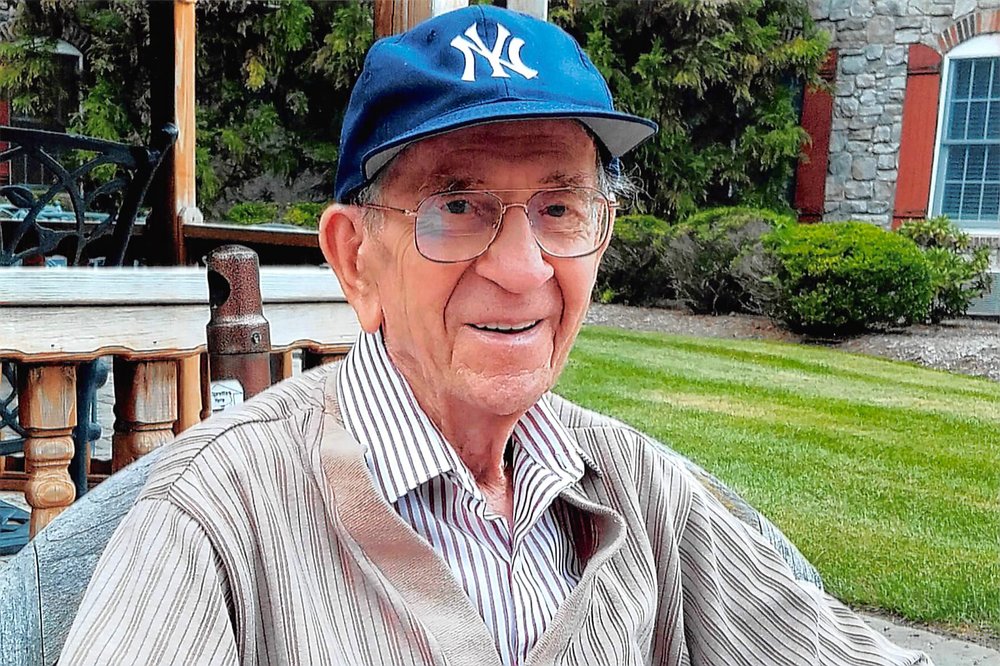 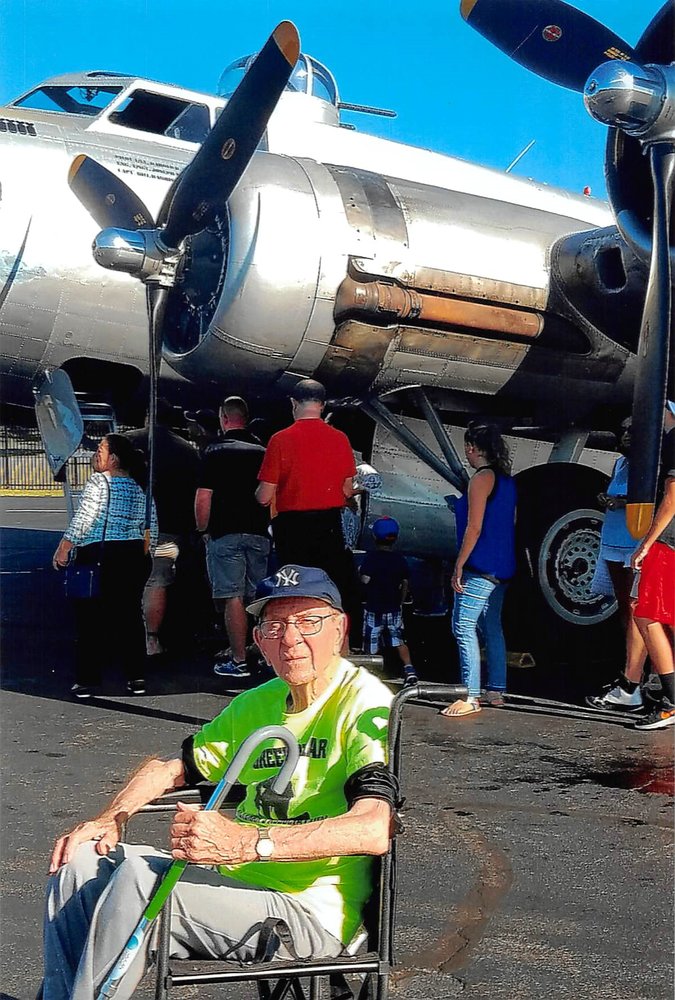 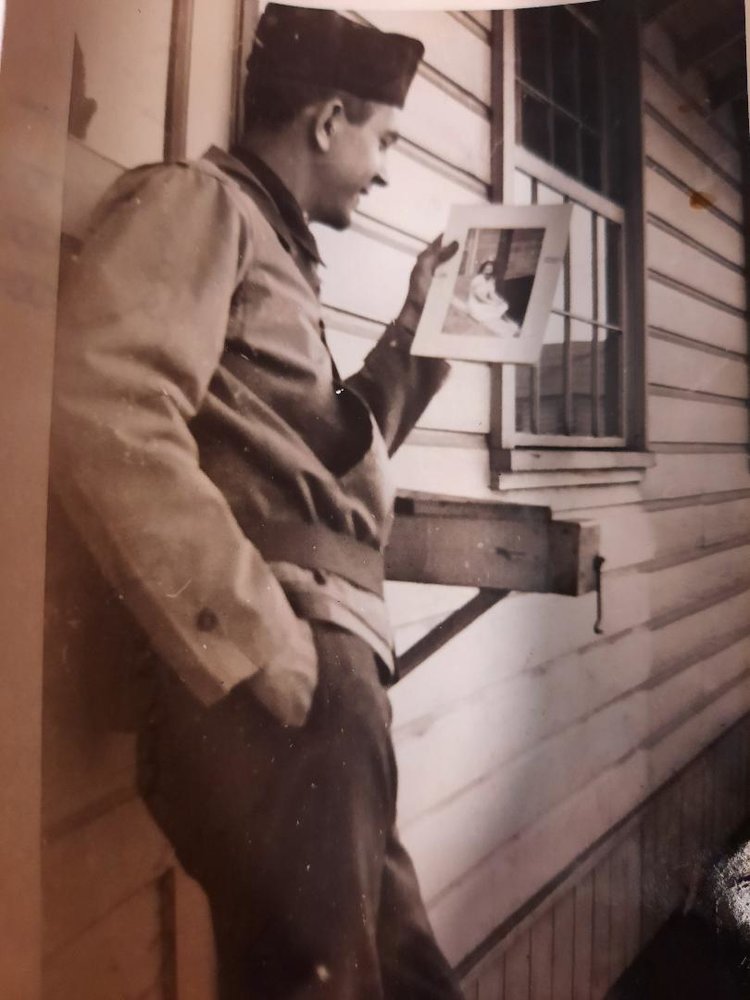 John Henry Wiktorowicz, 99, a World War II Veteran, passed away August 4th, on the same day 11 years later as his wife Phyllis. A resident of Maplewood for the past 3 years, he previously lived in Brick, Southampton and Fort Lee. Known as "Henny" or Hank by some, he grew up in Bayonne. As a child, he sold newspapers and shined shoes to help his family during the Great Depression. After High School he met Phyllis at a roller skating rink in 1939. He did sheet metal work while commuting from Bayonne to Fort Lee, joined the Army Air Corps in 1942, and married Phyllis while in uniform in 1944. John served heroically as a B29 radio operator/Tech Sergeant, flying 28 bombing missions over Germany. He received 2 bronze stars, 3 bronze oak leaf clusters and the Distinguished Flying Cross. During one mission, the last bomb got stuck: he manually released it, saving his crew. After the war, he and Phyllis settled in Fort Lee. He did auto body work, then worked at Lever Brothers. In retirement, he became active with the VFW, Knights of Columbus, and Meals On Wheels with Phyllis. Roller skating turned to dancing, and their expertise led them to teach dancing to seniors.

John was a strong but gentle, friendly man who helped others. A loving, devoted father and true partner in marriage, he cooked, cleaned, shopped, and had wonderful parties in the basement for blended family celebrations. A truly GOOD man with integrity, he had a Wonderful Life.

A funeral mass will be held at Our Lady of Sorrows Church, 217 Prospect St., South Orange on Friday, Aug 14th  at 9:30 am, immediately followed by a private burial at Brigadier General William Doyle Cemetery.

In lieu of flowers, donations can be made to Meals on Wheels, or an animal welfare

Share Your Memory of
John (Henry)
Upload Your Memory View All Memories
Be the first to upload a memory!