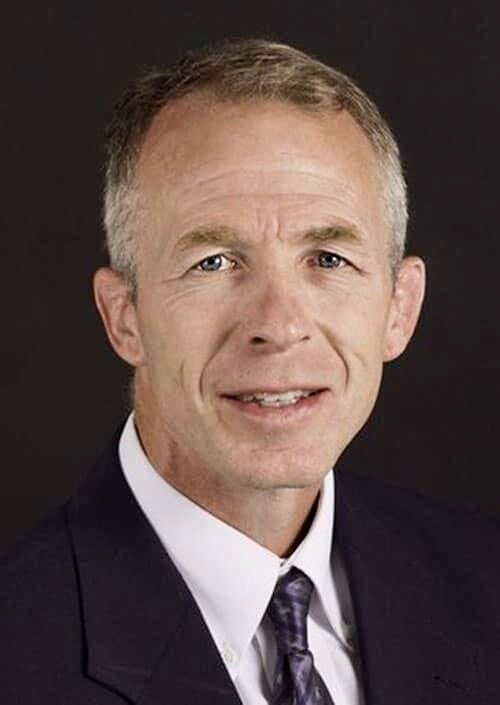 Please share a memory of Greg to include in a keepsake book for family and friends.
View Tribute Book

Greg Lonning, 60, went to his Heavenly home on March 8, 2022, surrounded by his loving wife and children. He had suffered an unexpected brain aneurysm at his home in New Jersey. A Memorial Mass will be held on Saturday, April 23, 2022 at 11:00 a.m. at St. Patrick Catholic Church in Waukon, Iowa, with Fr. John Moser officiating. A visitation will begin at 9:30 a.m. at the church. The Mass will be streamed online. A Celebration of Life will be held at the Luther College Regents Center on Sunday, April 24, 2022 at 1:00 p.m. There will also be a New Jersey memorial, with details to come later.

Gregory Charles Lonning was born on March 15, 1961 in Waukon, Iowa, to Charles “Chuck” and Karen (Simon) Lonning. Greg grew up in Waukon, and was baptized and confirmed at St. Patrick Catholic Church. The oldest of five boys, he was an awesome big brother and son. Greg loved sports, friends, being outdoors, and was a faithful altar boy. He attended Waukon schools, and he was a talented, driven athlete, competing in football, cross-country, wrestling, baseball, and swim team. At Waukon High School, Greg excelled in wrestling, advancing to the state tournament his freshman year, and then his senior year, he placed sixth. He graduated in 1979.

Greg attended Luther College in Decorah, Iowa. He was a fierce competitor, a dedicated, tough, tenacious, gritty wrestler, and the hardest worker. Captain Greg led by example, was a great teammate, and helped those who struggled. He was a decorated Iowa Conference wrestler and competed in the NCAA DIII tournament. Greg was a two-time All-American, placing 5th his junior year, and was a National Champion, his senior year, in 1983. He completed his BS in Biology and attended college another year to get his teaching degree. Greg was inducted into the Luther College Athletic Hall of Fame in 1994.

Greg married Kealy Connor, his childhood friend, and hometown classmate, on August 11, 1984 at St. Patrick Catholic Church in Waukon. They moved to Pella, IA, where Greg was the assistant wrestling coach at Central College for two years and taught science at Oskaloosa Jr. High School. Kealy was an elementary teacher, and together they were dorm directors. Greg became the head wrestling coach and college instructor for three years. He led his team to the league title in 1989, and he earned Iowa Conference Coach of the Year. Greg profoundly touched the lives of wrestlers and students. He cared for baby Connor, taking him around campus to work, to wrestling practice, and to daily Mass, because Greg could do it all. He was a strong, wonderful role model.

The family moved to La Crosse, Wisconsin in 1989. Greg’s dream was to build a championship wrestling program at UW-La Crosse. Greg was a volunteer assistant coach for three years, while he and Kealy pursued their master’s degrees, ran a group home for teens, and helped manage Lonning's Landing Campground. He directed many youth wrestling camps there. Greg became head coach and professor of PE/Health in 1992 when Moran was a baby. He was a beloved mentor, showing how to meld family and work. Greg was an intense, passionate coach, and was the Wisconsin Conference Coach of the Year, twice. His team won conference titles those years and placed as high as 3rd in the nation. Greg was the ultimate motivator and made his wrestlers believe that they could do anything. He taught life lessons on and off the mat. Greg molded not only great athletes, but even greater people. His legacy lives on in wrestling programs and families across the country. Greg was inducted into the Division III National Wrestling Coaches Association Hall of Fame in 2017.

In 1998, Greg and Kealy took leaves from their jobs and moved to Albuquerque, NM, when their twins, Gable and Gara, were toddlers. Greg worked on his Ph.D. in PE/Health Education at the University of New Mexico for two years, and then they moved back to La Crosse for one year. He completed his dissertation and his doctoral degree. Greg left coaching, so he could spend more time with his kids. In 2001, the family moved to Decorah, IA and Greg was hired as the Wellness Director and professor at Luther College. Extraordinarily kind, empathetic, selfless, humble, personable, charming, witty, and wise, Greg helped students and staff, going above and beyond his position. He continued to love working out, biking, lifting weights, being outside, and praying.

Greg was superdad, his favorite role. While raising their four biological children, he and Kealy had more love to give. They adopted Summer and Shanae, as newborns, almost seven years apart. Greg’s devotion to his family was incredible, and he took his kids everywhere. He encouraged their passions and inspired them to be kind, brave, strong, resilient, and grateful. Greg used the perfect mix of grit and grace to build them into champions. He was loving, patient, intense, ultra positive, and his pep talks were priceless. Proud parents Greg and Kealy attended hundreds of sporting events and stage performances for their kids. Greg cheered hard for them, and for their teammates. He played with his kids, always including cousins, friends, and neighbors. Greg was a catechism teacher, and he had been in a diaconate program.

In 2015, Greg and Kealy moved with four of their children to Maplewood, New Jersey, so Gable and Gara could chase their dreams in NYC, and Summer and Shanae would have a diverse place to live. Greg worked multiple jobs--part-time professor at two colleges, Uber driver, and broker for his health insurance business. He continued to touch lives so deeply of neighbors, friends, students, colleagues, clients, and strangers. "Mr. Greg'' took neighbor kids to the park, pumped their basketballs, collected bikes to fix for them, mowed lawns, and on and on...

Greg was a humanitarian, a generous giver, affecting others with his genuine compassion, positive spirit, and endless energy. He lived simply, and his zest for life was contagious. Greg made people feel good and special. His impact is far-reaching, and long-lasting, because Greg made time for, and helped anyone and everyone he met. He was a sweet nurturer, rescued the oppressed, promoted social justice, and celebrated diversity. Above all, Greg was a man of undeniable faith. He was a devout Catholic, attended daily Mass, read the Bible, and prayed the rosary throughout each day. Greg was a servant to his communities, acted on God’s word, and made the world a better place. It is impossible to condense the amount of selfless love he poured into others, but Greg left a legacy in every avenue of his life. He inspired all who were blessed to know him, and he leaves behind many broken hearts. Greg prepared his entire life for Heaven. We are all better humans because he loved us.

Share Your Memory of
Greg
Upload Your Memory View All Memories
Be the first to upload a memory!
Share A Memory