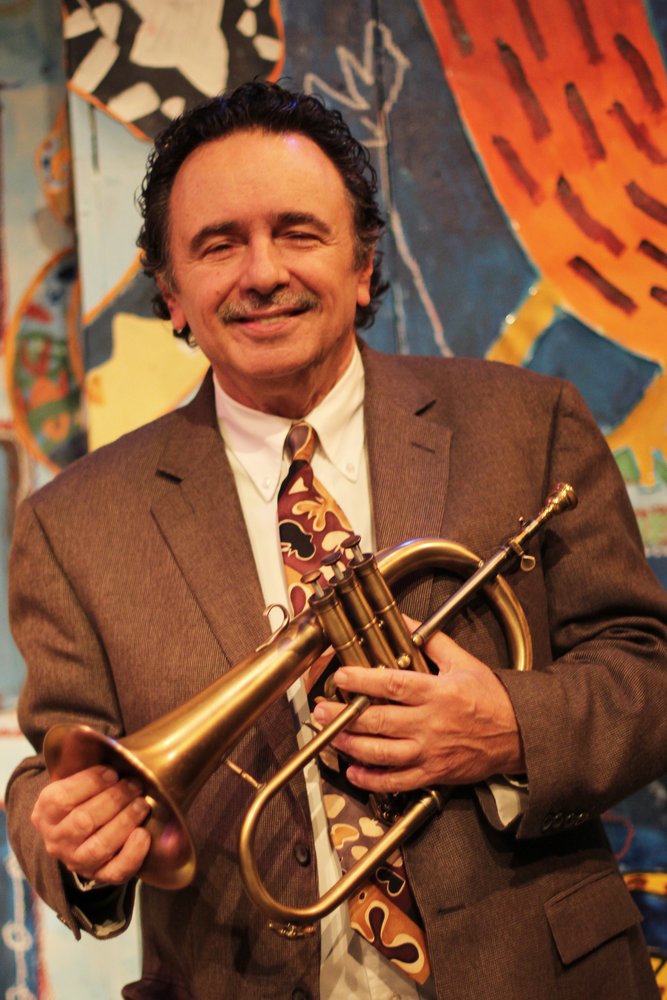 Obituary of Claudio B. Roditi

Please share a memory of Claudio to include in a keepsake book for family and friends.
View Tribute Book
Jazz trumpet virtuoso Claudio Roditi, known for his signature blend of bebop jazz and Brazilian rhythms, died peacefully at his home in South Orange, NJ, on January 17, at the age of 73. Over a career spanning five decades, the trumpeter worked worldwide as a performer, recording artist and teacher. “‘Master musician’ is the term that comes to mind when discussing trumpeter, flügelhornist and composer Claudio Roditi,” observed Zan Stewart, a former jazz reviewer for the Star-Ledger. Born in 1946, in Rio de Janeiro, Brazil, Claudio was the only child of Alberto Roditi and Deise de Braga Roditi. Claudio began his musical studies when he was just six years old. His father bought him his first trumpet and then drove him around the Rio area to see American big bands (like Cab Calloway’s) that appeared in Brazil in the 1950s. As a teen, he was more widely exposed to jazz through an American uncle, nicknamed “Tax” (Harold Taxman), who moved his massive jazz LP collection from Chicago to Rio when he married Claudio’s Aunt Cida. In 1966 Claudio was named a trumpet finalist at the International Jazz Competition in Vienna, Austria. It was in Vienna where he met Art Farmer, one of his jazz idols, and the friendship inspired the younger trumpeter to follow a career in jazz. In 1970 Claudio arrived in the U.S., in Boston, and studied at Berklee College of Music. It was in Boston where he met his wife, Kristen. By 1976 he headed for New York to jumpstart his career as a jazz performer. Claudio has performed and recorded with many jazz and Latin music greats, including Dizzy Gillespie, James Moody, Jimmy Heath, Joe Henderson, Horace Silver, McCoy Tyner, Herbie Mann, Tito Puente, and Paquito D’Rivera. In recent years, he was a featured performer with Trio da Paz and the Dizzy Gillespie All-Star Big Band, led by South Orange resident and former Gillespie bassist John Lee. With over twenty albums to his credit as a leader, and dozens more as a sideman or featured performer, Claudio continually developed his playing and compositions through recording projects. His CD Brazilliance x 4 earned him a Grammy nomination, in 2009, in the Best Latin Jazz Album category. And his performance on Symphonic Bossa Nova by Ettore Strata and the Royal Philharmonic, in 1994, earned him his first Grammy nomination in the Best Solo Performance category. Claudio leaves behind his wife Kristen; in-laws Roger and Elizabeth Park and Philip and Kelly Park; a nephew, Ethan Park, and his wife Sandrine, and their children Valentine and Olympia Park; nieces Rachel Park, Nicole Park, and Lauren Park; a cousin in the U.S., Tanya Mozingo and her husband, Phil Mozingo; as well as cousins in Brazil: Tamara Taxman, Roberto Sion and his wife Bette, Miriam Braga, Deborah Braga, and Mayra Braga. He also leaves behind scores of much-loved personal friends and fans. A memorial concert for Claudio Roditi will be held in the coming months. No flowers, please.
Saturday
1
February

Share Your Memory of
Claudio
Upload Your Memory View All Memories
Be the first to upload a memory!
Share A Memory
Plant a Tree