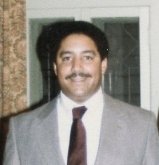 Jon Beresford (Ford) Nichols passed away suddenly on May 4, 2020.   He was born on June 27, 1958 and raised in Maplewood, New Jersey.  Ford attended Maplewood public schools and graduated from Columbia High School in 1976.  He was an outstanding football player and member of the track team serving as captain in his senior year.  During the summers, he enjoyed serving as a camp counselor and mentoring youth.  Ford received a BS in Environmental Science from Ramapo College in 1980.  Upon graduation he joined the Meadowlands Racing & Entertainment Complex on their security team and retired after 30 years.Ford is survived by his beloved mother, Norma Sewall Nichols of Maplewood, his brother Jay of Irvington, brother Russell and his wife Susy of Caldwell, and brother Victor and his wife Jen of Maplewood, two adored nieces, Emily and Melissa, and many cherished cousins, aunts and uncles.  He was predeceased by his proud father Robert Nichols.As an accomplished athlete, sports remained his greatest passion.  Other interests included music, cooking and enjoying time with family and friends who loved his great sense of humor.  To all who had the pleasure of knowing Ford, he was a friendly, honest, kind and gentle soul.  He will be missed by many but none more than his Mom with whom he was in constant, caring contact every day.Ford will be interred at Mount Hebron Cemetery in Montclair with his father.  A memorial service will be held in his honor at a later date.

Share Your Memory of
Jon
Upload Your Memory View All Memories
Be the first to upload a memory!