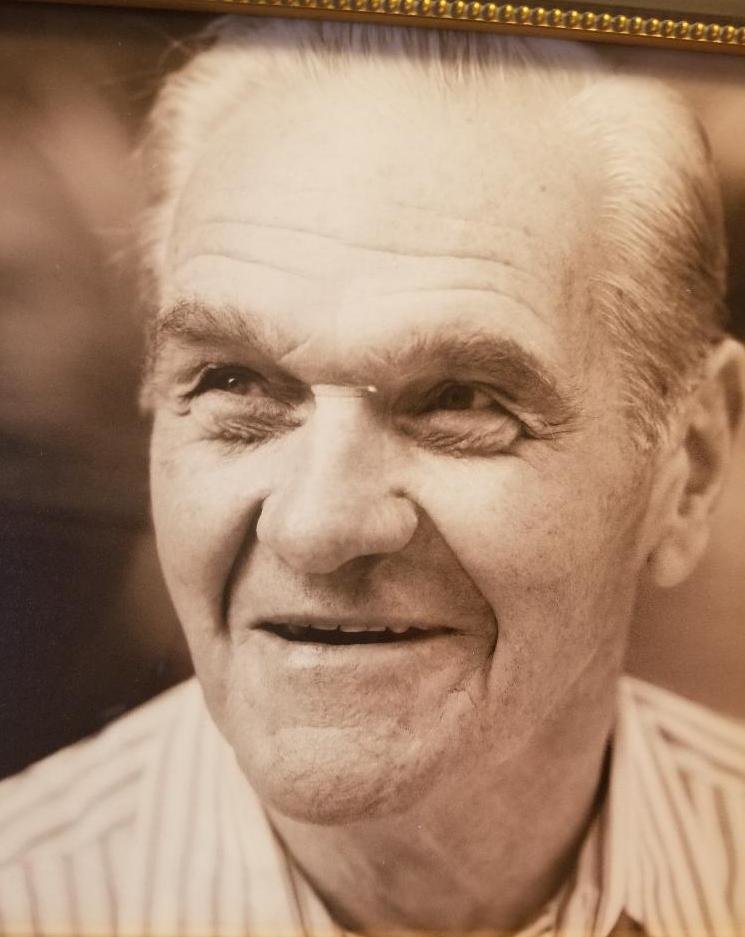 Visitation will be held at The Jacob A. Holle Funeral Home 2122 Millburn Ave, Maplewood on Sunday, Aug 9th from 2:00 – 3:30 PM followed by a prayer service at 3:30 PM. (Due to current restrictions regarding the pandemic, funeral home attendance is limited to thirty people.  You may be required to wait.). Interment is private. For more information or to send condolences please visit jacobhollefuneralhome.com

Heinrich was born in Stuttgart, Germany on Oct 13, 1926.  In 1941 he completed his schooling and then started his apprenticeship with his father (Karl Stuetzel) for 2 ½ years until he was drafted for service with the German Army. From 1945-48 he was a prisoner of war in France. In Nov of 1948 he returned back to Germany. In Oct 1954 he arrived here by ship to Hoboken, NJ. In 1956 he met Waltraund Barkhoff. They married and had a son in 1957. From 1969-1978 Henrich was a partner at Kramer’s Pork Store in Livingston. His partner Eric Knapp was a good friend to him always. Henrich always aimed to make the best product for his clientele. Heinrich was a man of decency, honesty, and respect for all with a heart of gold. He was a long time member of the Deutscher Club of Clark. It was his second home and he enjoyed helping out on Tuesdays with others who he called his great friends. Henrich enjoyed German events and attending the Schwaehischer Saengerbund Concerts. He knew everyone by name and their hometown and where they were born. In 2014 he was the Deutscher Club Man of the Year. He was so humbled by this recognition. He was an outstanding caregiver to his wife who was diagnosed with ALS in 1994. Heinrich with the help of his son Walter were her caregivers until she died in 2003.

Henrich was predeceased by his beloved wife Waltraud Barkhoff Stuetzel, Brother Karl Stuetzel and Sister Gertrud Riesch. He is survived by his loving son Walter R. Stuetzel as well as many nieces and nephews.

Share Your Memory of
Heinrich
Upload Your Memory View All Memories
Be the first to upload a memory!